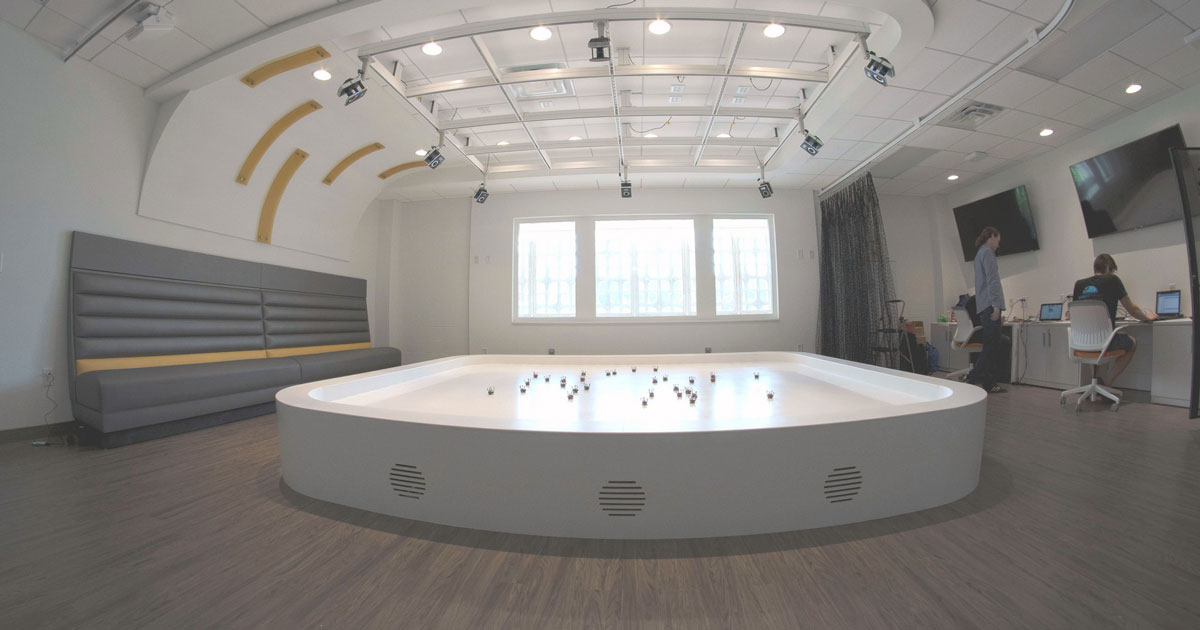 The Robotarium is a $2.5 million lab funded by the National Science Foundation(NSF) and Office of Naval Research. The facility houses approximately 100 rolling-flying swarm robots that are accessible to anyone in the world.  Researchers from around the globe can write their own computer programs, upload them and retrieve the results as the Georgia Tech machines carry out the commands. Motion-capture cameras, mounted from the ceiling, peer down at the lab’s centerpiece: a white bowl-shaped arena. The robots automatically activate when given a command from someone in the room or a remote coder in different state or country.