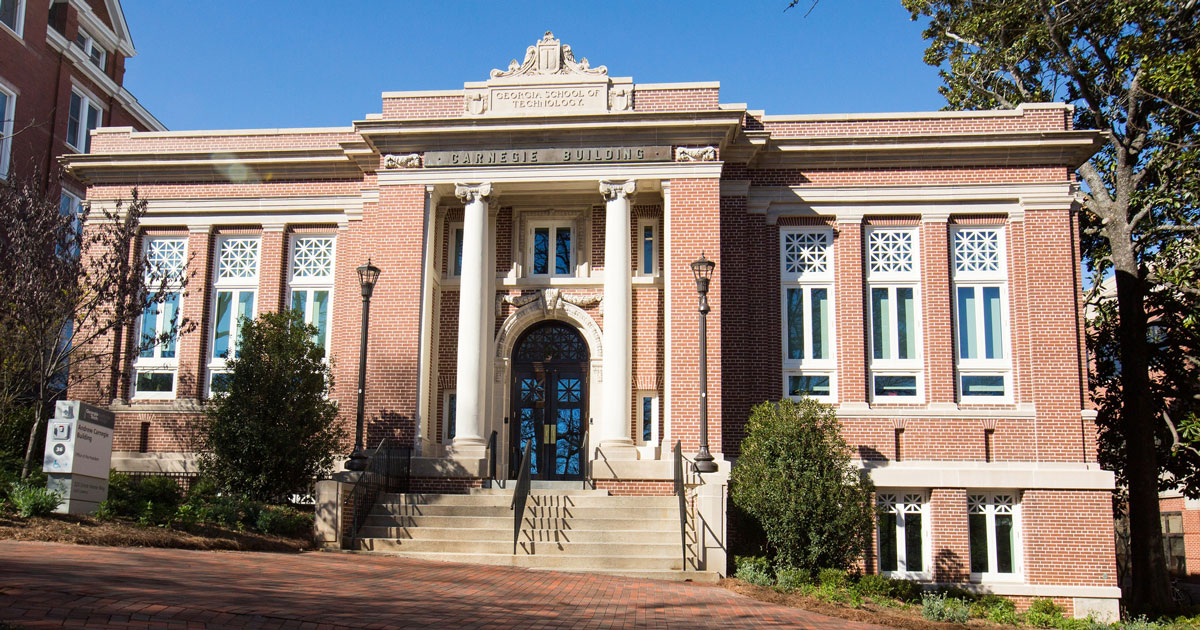 Georgia Tech’s Carnegie library stands as a central component among the many historic buildings on its campus. Funded by Andrew Carnegie, the library was constructed in 1906, combining elements of Italian Renaissance and Beaux-Arts architectural styles. This ornate building has seen several renovations and alterations to its interior and exterior during the 1950s-60s and again in the 1980s that severely altered its original character. Partnering with Lord Aeck Sargent in 2015, Georgia Tech began a project to return the exterior façade to its original 1906 condition, using extensive research, conservation analysis and photographic evidence.